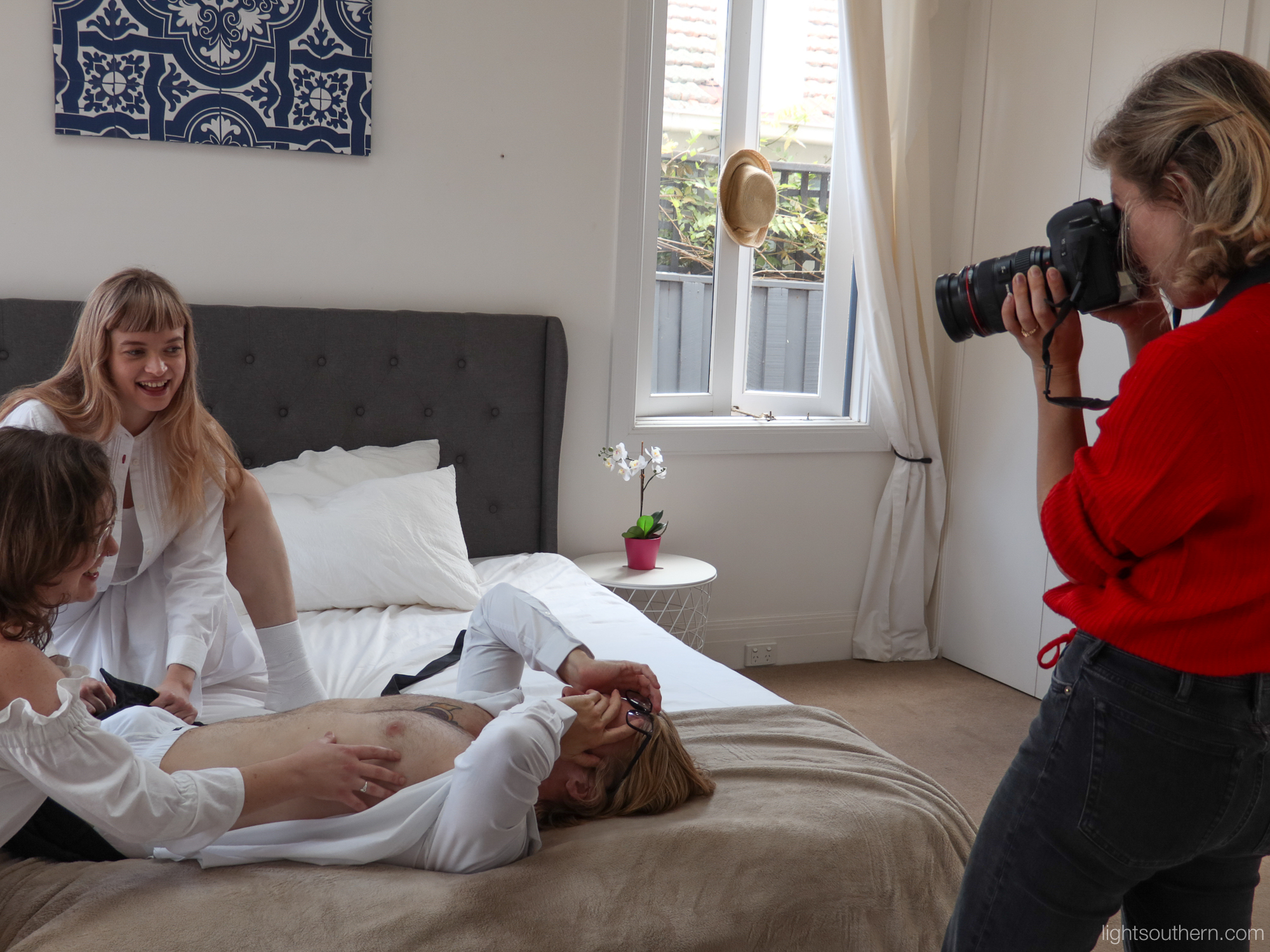 There has been super exciting stuff happening for Lightsouthern in 2018. We won a few awards, we were nominated for a few more, we finished up a national tour of Sexpo, we created the first Erika Lust Film to come out of Australia, and also produced a two-part film feature series called Super Host.

With 13 cast members, 9 scenes and some bloody top notch acting by our wonderful Aussie performers Super Host went from one concept, to another, then to another in 6 days. The cast includes some familiar faces, and some incredible newbies! Starring Blake Wilde and Jake Shy, as a house-proud married couple that get their kicks from watching and manipulating their guests in their spare room-to-rent-to-the-public-on-a-nightly basis.

Having a huge variety of characters was something new, and frankly stressful, however and each performer slotted into those characters so beautifully and impressively. We had many laughs, I can’t thank them enough. Each performer went above and beyond, the acting, the going along with whatever crazy idea we had, Your outfits and props! (Special mention to Jake and Violet).

Our crew was perfect. It’s always tricky finding the right mix of people who can adapt in a fast paced, always evolving and intense environment. Production went for six consecutive days and we produced two Feature FILMS. I can proudly say that with Kristy, Bo, Esmee, Pasha and myself, we created a highly functional team. I am eternally thankful for all their hard work, rolling with schedule changes, cancellations, solving shit on the go and most importantly helping give the performers a safe, enjoyable experience and work environment.

I’m considering making follow up films, or at least scenes. There were a lot of ideas being thrown around the set. The premise is solid, the cast on point so why wouldn’t we? Blake should start dusting off those peach pants.

Thanks to Beate Uhse for giving us another shot at some pretty crazy Aussie films, Fleshlight Australia for donating some toys and supporting fellow Aussie business.

Let’s do it again soon. X

Both films will be available in 2019, along with photo sets by the wonderful Kristy at dirterotic.com, with Behind the Scenes Documentaries only on Lightsouthern CINEMA.