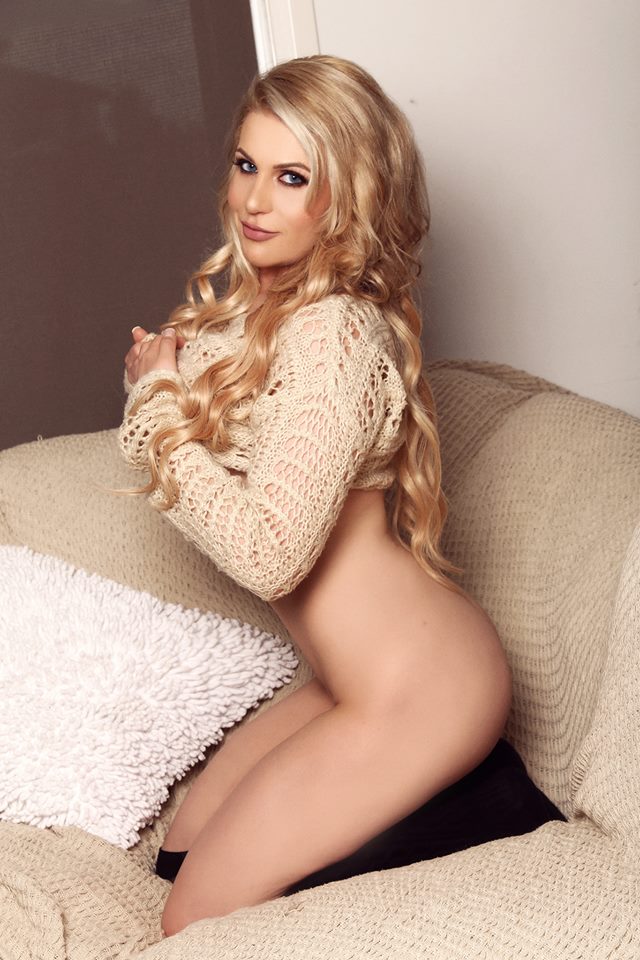 How long have you been involved in the adult industry, and in what capacity?

What has been your favourite shoot or scene to date?

I really like my student teacher scene, where I dressed up as a cheerleader. It was a really hot scene and I think it was one of the most popular on the site!

What do you enjoy most about performing?

Who are some performers you want to work with in the future?

Is there any type of scene of fantasy you still want to do that you haven’t done yet?

I wouldn’t mind doing a sub/dom scene, where I dom either a male or female, I’d also like to do a FFM and would maybe consider a MMF with the right men in the right environment. Interracial would also be pretty cool.

Whats your favourite thing to do outside of the Adult Industry?

Acting, I take full time acting classes, I really like being creative and taking on different characters.

What is personally important for you to be able to show in your work?

Having duel focus on what you are doing with the other performer and where the camera is, also without looking for the camera – a challenge, but it can be done

What was your first sexual experience and how you think that impacted on your sexuality?

I remember before I lost my virginity, being so afraid that I would die a virgin. Sex has massive importance in our society, and every person, movie etc was talking about it, so at a teen age I was pretty keen to try it out, and I did. I think I’ve always been sexually explorative and curious and probably always will be.

What do you think determines and contribute to someone’s sexuality?

Upbringing and environment would be a factor, this is a hard question to answer, where do fetishes and kinks come from. Honestly, I do think it’s from occurrences that happen around the time of puberty, or slightly before that get entwined in the mind and mixed with sexual preferences. Other than that, I think sexually is about exploring and finding what you like and what you don’t.